Recently, I had the chance to attend a seminar conducted by world champion black belt, Caio Terra.

Like a lot of people, the name Caio Terra did not resonate with me until I read an article in Gracie Magazine about his biblical battle with BB “Goliath” Bruno Bastos. When I learned that he was holding a seminar in my area, I had to spread the word to my training partners and to my student (who is 120 pounds…soaking wet) that this was an opportunity that they should not miss.

We showed up to Queens MMA (in Bayside, NY) on time and ready for the seminar. Upon arrival, we were told that Caio was running late because of the heavy traffic on the George Washington Bridge (NYers and NJers, you know what I mean). After a 30 minute wait (not bad for a Brazilian, LOL), Caio arrived and was ready to impart his knowledge to the small intimate crowd.

The seminar focused on the traditional De La Riva guard, and his demo partner was 4th degree De La Riva BB, Vicente Junior. (I’ve met Vicente a few times in the past, his BJJ is slick.) I was excited because for the eleven years I’ve been studying BJJ, DLR guard is my favorite position.

Instantly, Caio dispelled the myth that the traditional DLR guard was only suited for long legged BJJ players. He started his instruction with a quick warmup on securing the DLR guard from the double foot-on-bicep spider guard.

After the warmup, Caio gave a quick speech on his approach of how he ran his seminars. He said, that over the next few hours he was only going to go over 8 to 12 moves. He wanted people to walk out of the seminar understanding and performing the moves perfectly, rather than showing 20 moves and have the attendees walk away confused.

So over the course 3.5 hour seminar, he stuck to his word and only showed about 12 moves. After performing each move, Caio would go around to each group to ensure that the technique was done to his standards and if they did not, he would stay with them for a longer time.

One thing that Caio made you do was rep the moves on various people so that you knew how to perform these techniques on varying body types. I think this was extremely helpful because I’m 6’3″, 190 pounds and my student who came with me was 5’4″, 120 pounds. When performing these moves, I was able to check his far leg with ease, but given the height difference, he was only able to minimally check my far leg.

Toward the end of the seminar, Caio told us to review all the moves in continuous transition so that your body can remember the all the movements needed to perform the techniques. This was very good because this allowed you to see how the moves flowed into each other and summarize the day’s hard work.

After the instruction portion of the seminar, Caio rolled with some of the attendees. At this point he was visibly tired because of jet lag and his journey from California to NY took him 15 hours. Caio is a trooper!

Overall, this was a great seminar because he brought something new to the table (even to this guy who idolizes Master De La Riva) and imparted revolutionary/additional details on some classics. Caio’s ability to communicate and his high standard for the attendees was refreshing because I have been to some seminars where the instructors would show a million moves and confuse everyone in attendance.

I would highly recommend people who are serious about BJJ to attend one of Caio’s seminar. You won’t regret it!

*On a side note, my 120 pound student uses the techniques against his much larger training partners all the time. 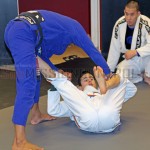 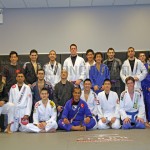 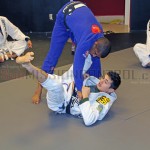 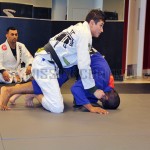 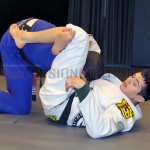 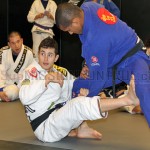 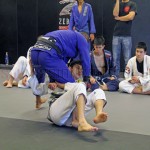 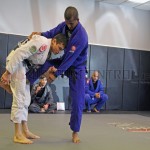 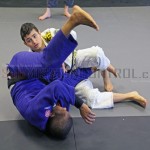 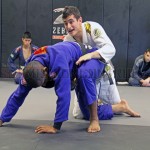